Provincial Minister for Social Welfare and Bait-ul-Maal, Chairman PAC Punjab Syed Yawar Abbas Bukhari has said that the death of a martyr is the life of the nation. He expressed these thoughts. DSP Shaukat Ali What was done at the inauguration of Shah Shaheed Chowk. On this occasion, the mother of the martyr and other members of the family, Deputy Commissioner Attock Ali Annan Qamar, DPO Attock Syed Khalid Hamdani, AC Attock Zarmina Wazir and District Officers Minister Syed Yawar Abbas Bukhari said that DSP Shaukat Ali Shah Shaheed was a highly qualified and mandatory officer who was martyred while performing his duties in the August 2015 terror attack and along with others at that time. Provincial Interior Minister Colonel (R) Shuja Khanzada was also martyred and it was a national tragedy. He said that Shaukat Ali Shah gave his life and made the story of everlasting sacrifice for other officers of the police department which should be followed by the department. It is the moral responsibility of the police. Provincial Minister Syed Yawar Abbas Bukhari praised the establishment of Shaukat Ali Shah Shaheed Chowk by the district administration and made it a worthy example 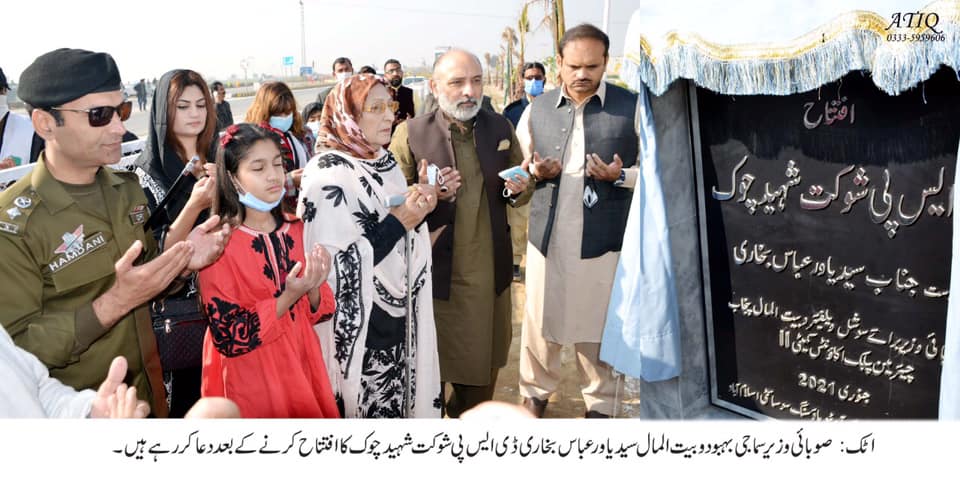